I guess loss is a double edged sword – to hold on or to let go.

Holding on sometimes feels like clinging to the past, the fading past, the Before. The once was, that’s stopped. Yet sometimes holding on feels like fanning the flames of memory, keeping them nurtured, cherished and alive (like when I dream of them alive and well); a gut-wrenching recall that actually triggers and affirms life, oddly enough.

Where as letting go sometimes feels like abandoning them, moving on without them and forgetting them. I know I don’t, I know I won’t, and I know I never will, but it feels like, if I let them go, they will fade away, as time ticks on from when they were 19 and 24. It feels like if I focus too hard on the After, I’ll neglect the Before.

Mark Latimer, the father in Broadchurch is the best dramatisation/personification of grieving for your child that I’ve seen, thus far, a year and half after losing them (how many weeks is that? I’ve lost count). He’s holding onto Danny. He wants to know why. He wishes he could have helped. He wishes he could stop and rewind time and retract all and everyone and everything that led to his son’s death.

And then, out of the blue, in July 2017, in a rainy Cardiff stadium, along come Coldplay, with a song called ‘Everglow’.

Please forgive me, all those readers who think Chris Martin is a smug git, who pens crass, crowd pleasing songs and milks ballads like a parody of a musical milkmaid and dances like a buffoon to self-indulgent soft rock. For those people, best look away til the next post.

Sure, Google it, find out what its about. But I didn’t when I heard it first. I think I’d heard it before, but most pertinently, I saw them perform it live, in Cardiff, of all places.

And here again is music and lyrics, turning, in my mind, to my situation, my kids, my loss, my pain, my grief (yip, still grieving, sorry ‘time heals’ fans).

And here’s the lyrics to ‘Everglow‘. Read them, skip them, whatever, I just hope you get my point – the double edged sword of holding on, or letting go.

Like a lion you ran
A goddess you rolled
Like an eagle you circled
In perfect purple
So how come things move on
How come cars don’t slow
When it feels like the end of my world?
When I should but I can’t let you go?

Like brothers in blood
Sisters who ride
Yeah, we swore on that night
We’d be friends ’til we died
But the changing of winds
And the way waters flow
Life as short as the falling of snow
And now I’m gonna miss you, I know

But when I’m cold, cold
In water rolled, salt
And I know that you’re with me
And the way you will show
And you’re with me wherever I go
‘Cause you give me this feeling, this everglow

What I wouldn’t give for just a moment to hold
Yeah, I live for this feeling, this everglow

So if you love someone, you should let them know
Oh, the light that you left me will everglow 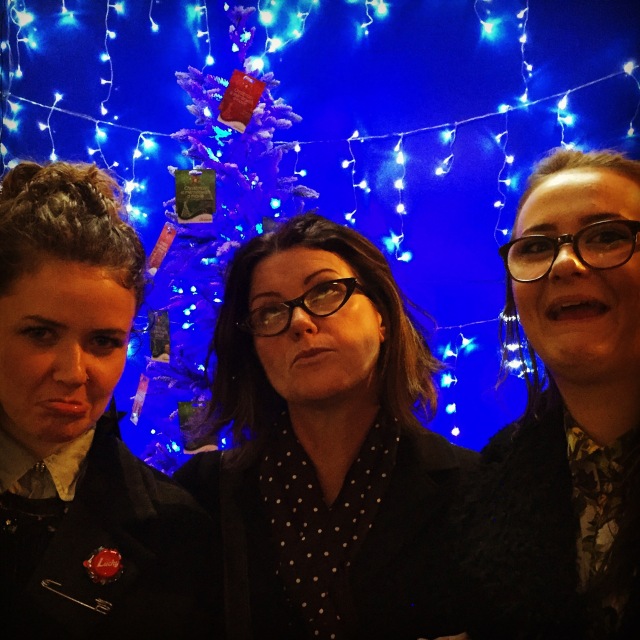 PS Izzy had ‘Adventure Of A Lifetime’ on her Spotify travel playlist – I like to think I introduced her to it after I banged on about it on TFI Friday.

And finally, to Trace, my wife, my best friend and the profound mother of our three girls, please forgive me for being self-absorbed in Cardiff, that Coldplay night. I got a lost in loss, and neglected you and us and the moment.