The plot was, I’d admit, pretty darn predictable, nothing to write home about. The lumbering, stuttering script didn’t help and the casting was pretty obvious and somewhat contrived, with a smattering of B list Hollywood names, no doubt paid over the odds to draw the audience in.

But, it was still a film and a film that we’d paid good money for. So, I for one was willing to forgive its failings; put them to one side, concentrate on what there was of a storyline and, well, see it through.

Izzy, on the other hand, was much less forgiving. She yawned loudly and stretched out on the green sofa, rather elaborately raising both her arms and legs simultaneously whilst sighing loudly. She curled in her knees to her default sofa, fetal position and checked her phone, gathering as if from nowhere. In my peripheral vision I could see the blue white glare illuminating her face, her eyes scanning the screen rapidly and her thumb moving in fluid, well rehearsed flicks and occasionally dashes.  I tried to focus my eyes on the TV screen, willing myself to concentrate on the film’s dubious storyline and not to get distracted by Izzy’s counter screen activity. 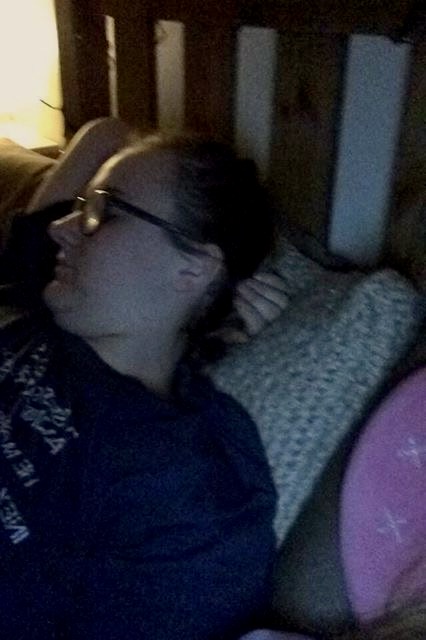 She lowered the arm that held her phone, so that her face, illuminated by her App interface, was cast into shadow. She stretched out her phone arm languidly over the living room floor, as she laid curled up on the green sofa and starred intently at the TV screen.

‘It always starts off well, then there’s some kind of disaster but this actually turns out to pull people together, then there’s a battle or a chase or fight that seems to end well at first, but then something bad happens again that needs defeating, before you finally get to the end, that ultimately makes you happy.’

These weren’t Izzy’s exact words, nor is it an accurate analysis of any specific Hollywood genre story arc.  But it represents well our familiar, nay, ritualistic TV dinner tableau – Izzy in her PJs, stretched out on the green sofa with her iPhone in hand, yawning and critiquing.

She could pull apart the story arc of all the TV and films we watched, with the exception of ‘Made in Chelsea’ which was sacrosanct, beyond analysis.  Maybe it was her A Level media studies that did it? Maybe it was because she watched alot of TV? Maybe it was just that she was gobby – comfortable in her own skin. Strangely, she could offer her acid criticism whilst at the same time being utterly engrossed, like she knew she was being carried along a story arc, but wanted to be taken along with it.

But no matter how poorly the story was told, how predicable the plot, or how overpaid the actors, it would always come to an end. There was always a conclusion. Always an end. The credits would roll. And time for bed.

No one tells the story of what happens after.

We still watch TV.  We still eat our supper in front of media channels and streaming services. And we still watch the good, the bad and the binge worthy, as well as the utterly forgettable and unfathomably shite.